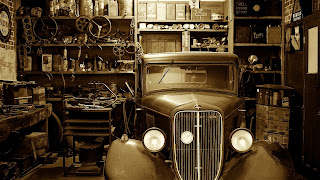 The Aston Martin DB4 sports car was introduced at the October 1958 London Motor Show as the Series 1 variant, and priced at £3,967.
This 2+2 seater fixed head coupe was the successor to the DB2/4 Mark 3, and featured a restyled body, designed by Carrozzeria Touring of Milan, and used aluminium panels on a lightweight tubular steel chassis. As a result, it produced a curb weight of 1308 kg.
Its Italian styling was well received, and created quite a stir at the launch.
It was fitted with Dunlop servo assisted disc brakes on each wheel, but were later replaced by Girling equivalents.
Coil springs were used on the independent front suspension and the rear live axle, and an anti-roll bar was added.
An interesting point was that customers were offered a choice of a number of different back axle ratios to suit their requirements, such as a 3.31:1 for high speed driving.
Series 1
The Series 1 was produced from October 1958 until January 1960, and was identified by the fact that it had no over-riders on the bumpers and no window frames on the doors, which tended to produce increased wind noise when the car was driven fast
Series 2
This variant was produced between January 1960 and April 1961, and featured:
Addition of door window frames
The size of the oil sump was increased to offset engine overheating, plus an optional oil cooler was offered
Larger front disc brakes were added
During this period, nearly 400 Series 2’s were built. 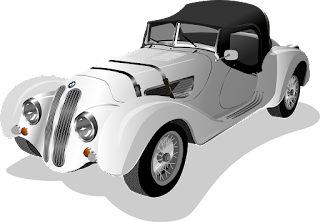 Series 3
This was produced between April and September 1961, and featured the addition of three small rear lights which replaced the single unit on earlier models.
Series 4
From September 1961 for the next year, the Series 4 was identified by the replacement of the eggcrate-styled grille with one consisting of bars, together with a restyled air scoop on the bonnet.
An optional variant was offered with a more powerful engine fitted with three SU carburettors, and a cylinder head containing enlarged valves.
Series 5
This final series, from September 1962 to 1963, was distinguished by:
A single, recessed rear light
The body was now higher and longer in order to provide increased internal space
The size of the wheels were reduced in order to keep the same overall height of the car
The front section was restyled to produce smoother lines carried forward from the Vantage and GT models
When production ended in 1963, Aston Martin had produced a total of 1,110 of the Series 1-5 DB4 sports cars.
THE ENGINE
The DB4 was powered by a 3.7 litre, straight six, DOHC engine, with an aluminium alloy head and block, that developed 240 bhp at 5500 rpm, and 240 ft/lbs of torque at 4250 rpm.
Linked to a four speed manual gearbox, and with a compression of 8.25:1, and two SU carburettors, it produced a top speed of 141 mph, with 0-60 mph in 8.5 secs.
It delivered an overall fuel consumption of 17.7 mpg.
Early models had an unfortunate tendency for the engine to overheat.